As a native of Lithuania, Rokas witnessed the country’s transformation from a Soviet system to a free-market capitalist economy in the early 1990s. Shaped by these events, as well as the guidance of his parents, Rokas developed a strong work ethic, a passion for entrepreneurship, and an appreciation for giving back.

After graduating with a marketing degree in Lithuania, Rokas embarked on his dream of studying business in America. Rokas worked as the Regional Executive for Whole Foods Market and CVS Caremark Corporation since 2002. In 2006, Rokas moved from the CVS Caremark Corporation to Bank of America, where he was awarded the National Award of Excellence for top performance. Rokas also earned a six-sigma green belt.

Soon after this, Bank of America’s competitor, locally-based eager to grow Eagle Bank, hired Rokas to be a Vice President of Business Development in the Washington, DC market. In this role, he identified and maintained banking relationships throughout the commercial community. In 2008, Rokas helped grow Eagle Bank by bringing in key relationships with entertainment professionals, politicians, local schools, and hospitals. Following this success, Rokas joined Wells Fargo in 2010 but was quickly lured away by HSBC, one of the largest banking and financial services organizations in the world. As a Senior Vice President with HSBC, Rokas helped grow and sustain its international presence in the Washington, DC market. 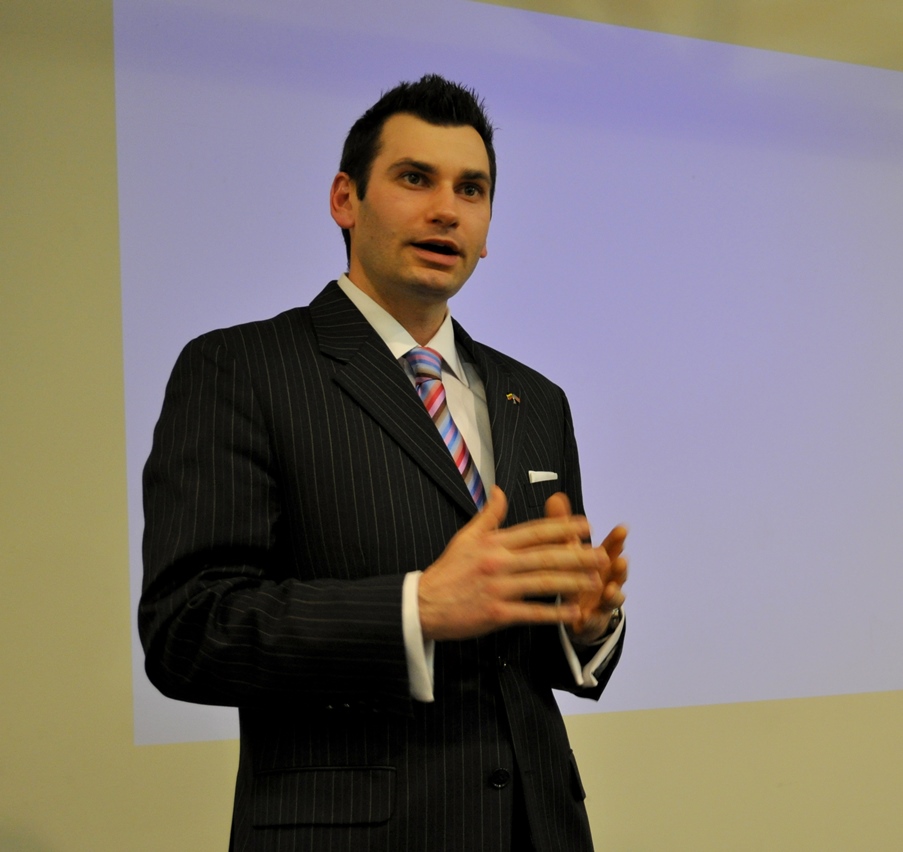 I have known Rokas for at least 10 years and have gotten to know his wide interests and capacities. Rokas is a man of integrity and intelligence, with a profound devotion to his causes, and a broad spectrum of financial specialties. I consult with him regularly on matters of business strategy, 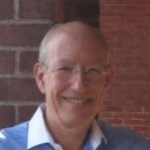 Mr Beresniovas has been a fixture in Washington DC for many years now in the field of international business networking. I encourage those who seek capital placement to fully benefit from his extensive Rolodex. 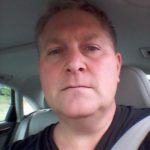 I had the privilege to work with Rokas while he was at CAF America. He has deep knowledge of international philanthropy and social trends. Rokas is a strategic thinker with a ton of experience across the sector. He is passionate about his work and looks to build strong relationships with key stakeholders. 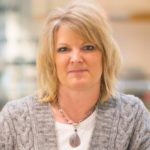 Senior Manager, Grants and Community Engagemen at Cargill
I had interactions with Rokas when he was a VP of Business Development Officer in SBI (California)’s Washington DC office. He is a thorough professional, understands his job well and makes sincere efforts to get the work done. His attitude towards the customers was very congenial and friendy. Wish him a successful career ahead. Best 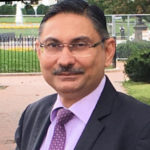 Deputy General Manager at State Bank of India
I have known Rokas in both a personal and professional capacity for 9 years. He’s an extremely competent, hard working and dedicated professional. Not only does he care about the quality of his work for it’s own sake, he is dedicated to serving his clients’ needs and solving their problems and won’t quit until the job is done. Personally, Rokas and I have enjoyed a friendship that I truly value. He’s a great sounding board for all the wrinkles that life has to offer and is there when needed. 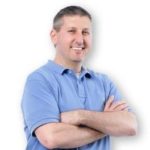 Attorney at Household Title & Escrow, LLC
Rokas delivers what he promises in a professional timely manner. I had a great experience working with him as his client during his days at SBI. 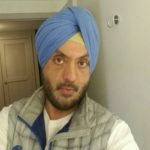 Business Owner BusinessUSA Inc
Rokas exemplifies all the qualities of a great business leader and mentor. He has a wide array of networking connections and he is always willing to help in any way possible. He is an asset to all boards he is a part of, and he is a great supervisor, mentor and friend. It was a pleasure working with him during my time in DC. 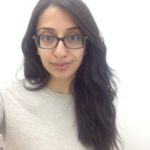 Student at Mount Royal University
Rokas Beresniovas has proven himself to be an effective member of the Joy of Motion Dance Center Board of Directors. In addition to his service as a trustee, he has connected the organization to many key leaders in the community, makes generous contributions, and is a trusted advisor. 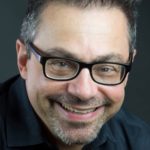 Executive Director at Bet Shalom Congregation
Rokas is an extremely engaged and intelligent Board member with a bevy of connections both local to DC and globally. His business acumen is a true boon to the leadership at JOMDC. 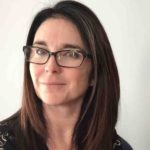 Executive Director at International Communication Association
Rokas is a dedicated and thoroughly knowledgeable business leader. He has wide and diverse network across a variety of sectors. He listens and provides solutions leading to successful results in a short period of time. He offers encouragement and support along with honest feedback and recommendations. Working with Rokas is an absolutely rewarding experience! 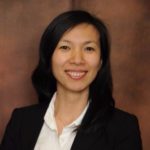 Video Journalist | Producer
Rokas is a dynamic personality with a strong acumen. A hard core banker with exceptional domain knowledge and personal integrity speaks volume on his professional expertise. He has a strong network of people whom he brings together resourcefully for the benefits of each other. Strong in mind, quick in thoughts and poised in actions are few words to define him. 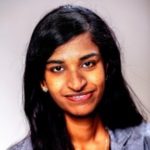 Manager (Finance and Controlling) at Daimler India Commercial Vehicles Pvt. Ltd
Rokas got a natural gift of a charismatic leadership, which always makes him special; I had the pleasure of working with Rokas at the State Bank of India (California), Washington D.C., focusing more on the formulation of new strategy which best suits for the bank, during the work tenure, He gave me the complete freedom to go across department and travel outside to deliver the best work from me. He knows the mantra of being a best transformational leadership. 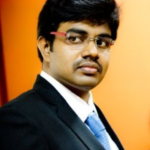 Engineer & Entrepreneur, Public Speaker
Rokas is incredibly smart and very inspirational person, who has a unique talent to connect people and bring ideas to life. I met Rokas about five years ago and I was very intrigued by his idea of creating a global network of Lithuanian professionals. I was very lucky to have worked alongside with Rokas as his idea materialized. Today, Global Lithuanian Leaders is a powerful non-profit organization with a large network of astounding Lithuanian professionals. Rokas is a great mentor, motivator and friend. 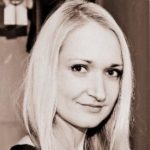 AML, OFAC/Sanctions & Embargoes Compliance Professional
Rokas has the key qualities that I would expect a banking partner. Personal Integrity, extremely knowledgeable & be able to provide the advice and ‘customize’ it to our needs, timely, dependable during immediate need/pain, enthusiasm and drive. Needless to say that Rokas has demonstrated that consistently and am pleased to write this recommendation. 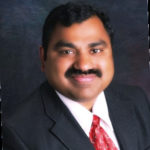 Rokas and I have worked together on several projects. Rokas has always exceeded expectations as far as delivery, professionalism, accuracy, and work ethics. I would recommend Rokas to anyone who is looking to work with him in commercial real estate or any field for that matter.

I jumped at this opportunity to publicly recommend Rokas for any task requiring authentic passion, high energy and uncommon brilliance overlaid upon a stunning career in international finance. He founded a private club of seasoned mentors willing to assist young executives world wide to develop and achieve their personal and career goals. As such, we successfully work together identifying and galvanizing perfect matches to build all-star teams to execute infrastructural projects throughout the world. So it is without hesitation that I endorse Rokas and invite you to contact me for more details and specific examples of how he stimulates and inspires all with whom he works to be even beyond what they initially think might be their best. 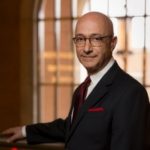 I had a chance to host Rokas in my Bloomberg show that was about shale gas production and its possible effects on the US economy on 29th March 2013. His top-level knowledge on his profession and his unique way of look for subjects created a huge value for the show. Most of the feedback of viewers had been about Rokas’ contribution in my show and how educating it was. I would never regret to recommend him in any means of informative environment that could be covered by his expertise subjects.

Rokas is a visionary, whose extraordinary business acumen and ability to find creative solutions distinguish him even among the best. He is also a generous and a giving community leader, one who helped shape Georgetown Business Association into a well-run and nationwide-respected business hub. Rokas’ ability to connect with people from different walks of life and to channel their abilities in the right direction will benefit any company he is associated with.

Doctoral Fellow at The Juilliard School

Rokas is extremely hard working, responsive and ethical. He is able to bring his considerable business experience to bear to assist clients with tailored financial products and solutions to their business banking needs. I highly recommend him. 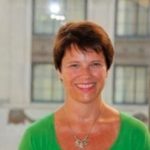 Rokas is a natural leader, a problem-solver, and a savvy executive. I am always happy to have a chance to work with him. 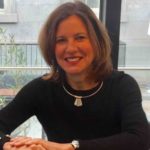 Rokas is a brilliant, young man, who has a great deal of charm and personality. He has helped me in numerous ways to make intelligent decisions about business transactions and I highly recommend him as a superb mentor. 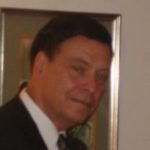 Executive Director at The Embassy Series
Rokas is a strong client advocate. He is careful and creative, and takes on the responsibility of the relationship. 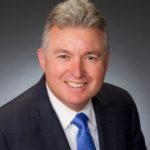 Senior Vice President, Commercial Lending
Rokas is a very intelligent businessman who cares deeply about the community. His excellent business sense and networking skills makes him one of the top-notch leaders in both local and global community. I think Rokas is a very nice guy, he helps me a lot with my work and my daily life. 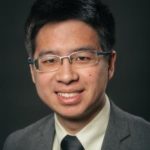 Rokas serves with me on the Board of Directors of the Georgetown Ministry Center. He can always be counted on to actively participate as the representative of the Georgetown Business Association in furthering our mission to support the needs of the homeless population with the business community. I’m delighted to have him on our board. 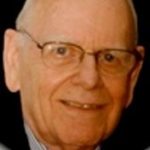 Rokas volunteered to work with Horton’s Kids on a fundraising event which raised over $425,000. He has very strong connections with many decision makers in Washington DC and was able to use those relationships to help us fundraise and bring press to our event. Roaks is professional and a pleasure to work with on events as well as long term development goals. 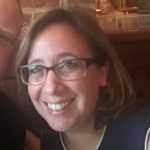 In a short amount of time I have come to know Rokas as a business professional with integrity and caring for the community. Few are parallel to him in the DC business community for his efforts and contacts. As a CSAAC Foundation board member, he makes valuable contributions to our strategic efforts. We are fortunate to have him on board. 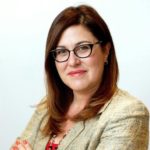 Rokas has been one of the most reliable committee members of the DC AIR Society. He has shared his contacts; he has done what he said he would do in the time frame that he agreed to do it in. Rokas is extremely well connected in DC. His easy going personality and involvement in the community makes him a sought-after commodity both business-wise and on charity boards and committees. He is type of person that people gravitate toward. I am honored to have him as a member of the DC AIR Society and happy that the connection has turned into a friendship as well. 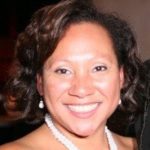 One of the most amazing persons I have met and worked with. Rokas is passionate about helping others and making a difference in the world. I always look forward to working with him and exchanging ideas. 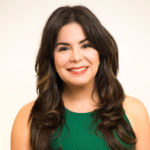 Rokas to speak at the University of Maryland: Green Building Solutions in Real Estate Development

Rokas to speaking at the Founder Institute on How to Start a Global Startup in DC in 2020, featuring Techstars and local growth hackers

adminJuly 27, 2020
Tuesday Jul 28, 2020 How to Start a Global Startup, featuring Techstars and DC Growth Hackers (Webinar) If you would like to hear the experiences of people with deep startup experience, then join us for this ‘Global Startup’ panel event. Hear candid talks by successful entrepreneurs, sharing best practices, strategies and mistakes to ...
Read More

Rokas to moderate a panel on Economic and Regional Security for the BRICS: Global Growth Regions